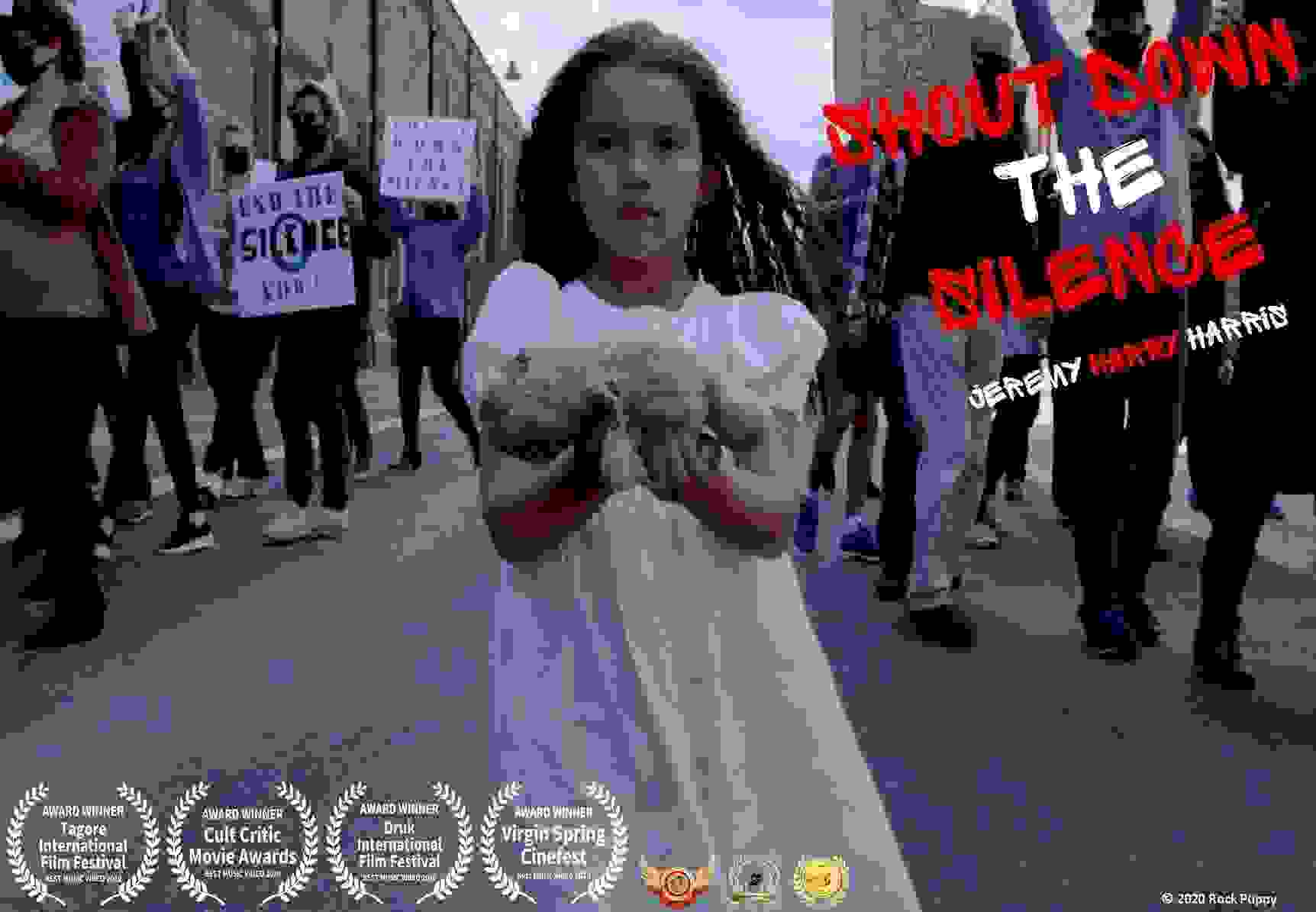 shout down the silence

Shout Down The Silence is available only for Digital Download via various well known and safe online stores.

Find the single to purchase via these links below:

Shout Down The Silence

This track is a digital release only.

It is available online through my secure online store.

Just click the Buy Now button below and you're on your way to experiencing great music! All music recorded in Holguin Cuba at Casa Joyce's except drums. (Drums recorded in the Holguin Theatre)

Joyce Marisol Jimenez Huerta - (True friend and without her I would never have gone to Cuba way back in 2012 which lead to so many good things happening in my life, including this album).

The Holguin provincial Theatre – Thank you for your facilities recording all the drums.

The Embassy of Cuba in Australia – Thank you for your assistance in obtaining the necessary visas.

The Department of Culture in Cuba & the AHS – Thank you for your support of culture within Cuba.

A Note from the Author:

I wanted to say thank you personally because so often we as artists get caught up in the creative side of our work and forget that no matter what we think or feel about a song or album we’ve made, it all comes down to one thing and one thing only…. YOU!

We are nothing without you and if you are reading this, it’s because you have decided to give me the special gift of your time which means the world to me! Thank you for taking the time and for giving me the opportunity to entertain you.

I wish to acknowledge the support given freely to me by my family and close friends. No matter the challenges that came up, they were always there to provide words of encouragement, feedback, constructive criticism and sometimes just an ear to listen to my incoherent ramblings of frustration when all seemed lost to me.

Throughout it all they remained steadfast and resolute that I could do it and this album would be finished. They provided me with something many overlook or take for granted.....unconditional faith in someone’s ability. I trust that I have not let them down and that the album adequately reflects the faith they invested in me.

I wish to extend my deepest gratitude and respect to all those in the “industry” who have supported me in my challenge to finish the longest “making of an album” I have ever set about undertaking.

Commencing in 2017/2018, this album is the result of countless hours of toil, unquantifiable collective efforts, blind faith and brutal stubbornness to succeed.

From its humble beginnings as a crazy idea to this, the celebration of providing 14 tracks on 1 album, it has been a culmination of over 20 years’ work in the music industry.

It is my honour to have been able to work alongside some of the finest musicians, producers, engineers, writers and graphic artists during that time and all have inlaid some imprint on me throughout my journey.

This album is a collection of songs written by numerous people, all who have had at some point a guiding presence in my life. They have helped shape my lyrics and song writing. Given rise to wonderful variants of musical expression, challenged me to do better & allowed me to explore the unlimited realms of music in order to find myself and create without barriers or limitations. For this I am eternally grateful.

I pay special homage to the members of Stone Circle in this album for without their influence and kinship this album would be a fraction of what it has become. There is no more fitting a title than “Kings Of Time” for that is what Stone Circle represents to me.

For over 7 years I had the pleasure to write, record, tour and perform with Stone Circle. During this time many songs were written and recorded at live shows throughout the world but sadly never committed to a 3rd studio album. It is with the greatest respect to them and with the utmost privilege, that I have been able to bring these tracks to life on this very album.

Enabling me to do this were some of the finest Cuban musicians I’ve had the pleasure to know and work with over the past 7 years.

My heartfelt appreciation goes out to the members of Mephisto and to their director Eddar Osney Cardoso, who were all instrumental (pardon the pun) in recording the music in various locations throughout the province of Holguin in Cuba.

I can’t wait to bring these songs to life on stage with you all very soon.

To you the listener, the music lover, the fan, the curious, the critic, the reviewer, the aspiring musician or song writer….. It is my sincerest hope that each time you listen to this album you will be transported to another time and space when all that matters in that very instant is the music before you.

Consume it, enjoy it and savour it!

May there be many more songs to come!

Track 6. Get Back Up

Track 7. Sold Me Out

Track 11. When The Walls Come Down

Track 13. Nothing Without You Living For The sunshine

Additional Backing vocals, ambience and hand claps: The Degenerates (You know who you are!)

Our most heartfelt thanks to our Families, Friends and Fans

Track 4. Living For The Sunshine Special thanks to our endorsers:
Hughes & Kettner and David Eden

Additional thanks to our Families and Friends,
CMI, Lee Jammal, www.guitarplanet.com.au,

Track 6. All My Life

Proudly Made in Australia

Get Your Copy Today Shout Down The Silence

Shout Down The Silence is my new controversial single,


Written during the Covid-19 lockdown this song explores the social distancing that we've really adopted and I'm not talking about 1.5 metres.

I'm talking of the disconnectedness that we as families, communities, cities, states. countries and on a global level, have allowed ourselves to become the norm.

This song is a social commentary on what happens when we lose sight of connectedness and the hope of what we can achieve if we seek understanding, unity and above all peaceful, open and thought provoking discussion amongst ourselves.

Yes I want My Copy Now!